In the role of the color setter 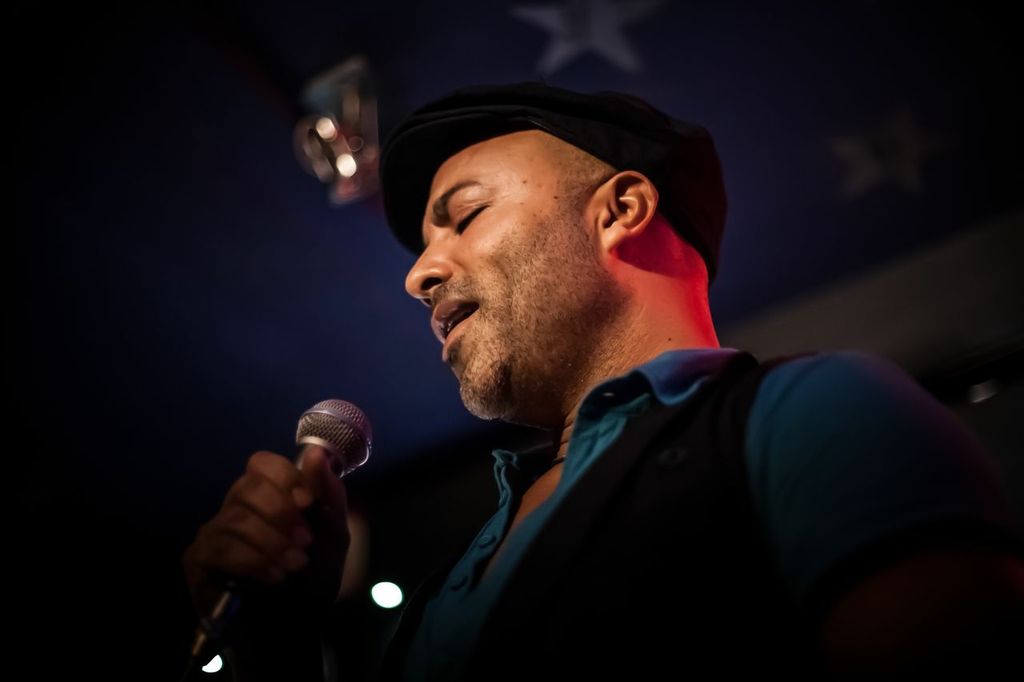 With a father from Douala (Cameroon) who was passionate about Makossa music, and a mother from Anjou (West France) who did covers of classical French chansons, Stéphane Barthélemy was bathed from birth in a dialogue between what are apparently the most contrasting of cultures. Convinced that boundaries between styles and arts are simply obstacles to free creation, he entered the artistic world very early on through contemporary dance and opera singing, joined the Beaux-Arts d’Angers and set about studying languages (English, Spanish, German).
In Paris, he took the route of vocal jazz and took part in rhythmic and harmonic improvisation workshops conducted by Thierry Péala, Laura Littardi, Sara Lazarus… within different organisations such as ARIAM, l’ACEM, le CIM, La BEPA ; he multiplied his experiences on the jazz stage (jam sessions, festivals) and took part in soundtracks for short films. He is currently working on the rapprochement between English baroque music (Purcell, Dowland) and jazz, at the Bobigny Academy.
It was therefore without the slightest hesitation that he accepted to play the role of the color seller in Aïlo The Musical: beyond the symbol, it is a question of supporting a humanist discourse that he has always defended through his pluralistic and lively practice of all the theatrical arts.